The Office of Open Records held its annual training session in Harrisburg this week, covering the Right-to-Know Law and the Sunshine Act.

Thanks again to the Pennsylvania Historical & Museum Commission and to the State Museum of Pennsylvania for hosting us, and to Senator Dominic Pileggi for saying a few words at the start of the session.

Among the changes SB 411 would make:

As I told Kate Giammarise of the Pittsburgh Post-Gazette, SB 411 will improve the Right-to-Know Law for both requesters and agencies. There are some legitimate concerns about a few provisions, but I believe those concerns can be addressed as the bill progresses.

The bill now moves to the House of Representatives for consideration.

HARRISBURG – The Office of Open Records (OOR) will conduct its annual training on the Right-to-Know Law and Sunshine Act on Wednesday, Oct. 21. Senator Dominic Pileggi, author of Pennsylvania’s current Right-to-Know Law, will open the session.

“The Right-to-Know Law and the Sunshine Act are fundamental to government transparency in Pennsylvania,” said Erik Arneson, Executive Director of the OOR. “I’m particularly excited that Senator Pileggi has agreed to say a few words at the start of this year’s session.”

“The issue of government transparency has never been more prominent than it is today,” Arneson said. “This session is designed to give both agencies and citizens the latest information about the Right-to-Know Law and the Sunshine Act in an easy-to-understand way.”

The training, which has been approved for 1.5 continuing legal education credits (CLEs), will be conducted on Wednesday, Oct. 21, 2015 from 10 a.m. to 12 p.m. in the Pennsylvania State Museum auditorium, 300 N. 3rd St., Harrisburg. It will also be recorded and aired by PCN, the Pennsylvania Cable Network.

The event is free and open to everyone, including citizens, public officials, agency employees, and members of the media. Registration is highly recommended as seating is limited. Online registration is available at http://oor-training-2015.eventbrite.com. 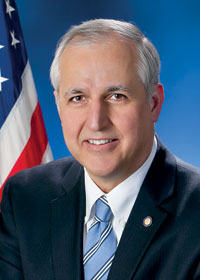 On the new Open Records in Pennsylvania podcast, I interviewed Senator Dominic Pileggi, the author of Pennsylvania’s current Right-to-Know Law.

Senator Pileggi and I talked about how he thinks the law has worked since being enacted in early 2008, his thoughts on possible amendments (including Senate Bill 411), and more.

Download:
Episode 2 of the Open Records in Pennsylvania podcast

If there’s something you’d like to hear on a future episode, let me know. Share your thoughts in the comments below, tweet to @ErikOpenRecords or @OpenRecordsPA, or send an email to openrecords (at) pa (dot) gov.

This bill will make a number of improvements to the law. This cosponsorship memo, circulated by Sen. Pileggi, includes a good summary.

SB 411 was amended to include, essentially, the contents of Senate Bill 412 (sponsored by Sen. John Blake), which will make much more information from Pennsylvania’s four state-related universities — Temple (as a Temple grad, I always list the Owls first), Penn State, Pitt, and Lincoln — easily accessible online. A technical amendment was also adopted.

This is the first step in the legislative process for SB 411, so there’s a long road ahead. It’s almost certain that additional amendments will be considered in the future.

The Office of Open Records was created by Pennsylvania’s Right-to-Know Law (sometimes referred to as the Open Records Law), Act 3 of 2008.

As the OOR’s Executive Director, I’m passionate about the mission of our office: to enforce the Right-to-Know Law and to serve as a resource for citizens, public officials, and members of the media in obtaining public records of their government.

My plan for this blog is to highlight issues related to Pennsylvania’s Right-to-Know Law, along with other topics related to government transparency and open government.

For those who may be interested, here’s a bit of background: At the time the Right-to-Know Law was written, I worked for Senator Dominic Pileggi. I was deeply involved in drafting Senator Pileggi’s bill (Senate Bill 1) which was eventually signed into law by Governor Ed Rendell. After the law was enacted, I worked closely with Executive Director Terry Mutchler and other OOR officials to ensure that the office was independent and had the resources it needed to operate. Prior to working for the Pennsylvania Senate, I was a reporter for the Lebanon Daily News.